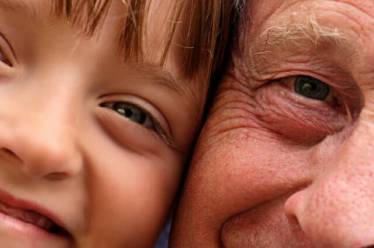 The saying goes “if only to not know what I now know”. It is in gaining knowledge that we actually lose a good bit of our self. The more know-how a person assimilates the more narrow their perspective generally becomes.

It’s been written that we are quite young when creativity erodes. For example, one train of thought says by three or four years of age we have already learned that a square block will not sit easily atop a pyramid. It was recently reported in another instance that painters created their most valued work around 61.8% of their life or about 42 years of age on average.

Here are a few other stats from a Prosumer Report survey of 7,213 adults in 19 countries:

It seems a bit odd to me that these stats show women peaking at a later age in five of six capacities. That brings me to the point I am ultimately headed toward: Statistics are just numbers and individuals rarely fit consistently into them. There is only the “Norm” (50.1%) the “Deviant” (49.9%). None of us fit neatly on any list of numbers. We are uniquely “our self”. Trying to fit into what is ‘Normal’ is a complete waste of time. The only potential each person has is to be the best version of them self.

Certainly after a point we humans “wear-out”. However, exactly what begins to fade, and when, frequently has as much to do with choices as it does with genetics and age. When our capacities begin to diminish it is often because we did not use them enough. ‘Use it or lose it’, as they say. One of the biggest culprits here is the simple pattern of habits. Once we start doing something one way, we get comfortable with it and then do not change or vary it.

Tomorrow I begin the first of fifty sessions with a person trainer. This time I am more committed than ever before. Just going to the gym won’t be enough. My eating habits will change as will getting exercise, even if just walking, on my non-gym days. I am grateful to be in good health and still able to work on becoming a better me.

We all start out knowing magic. We are born with whirlwinds, forest fires, and comets inside us. We are born able to sing to birds and read the clouds and see our destiny in grains of sand. But then we get the magic educated right out of our souls. We get it churched out, spanked out, washed out, and combed out. We get put on the straight and narrow and told to be responsible. Told to act our age. Told to grow up, for God’s sake. And you know why we were told that? Because the people doing the telling were afraid of our wildness and youth, and because the magic we knew made them ashamed and sad of what they’d allowed to wither in themselves. Robert R. McCammon