Better three hours too soon than a minute too late.
William Shakespeare

It was Carol’s fiftieth birthday, and Jim had two plane tickets to Hawaii in his pocket. He was going to surprise her. Instead, he was killed by a drunk driver.

“How have you survived this?” I finally asked Carol, a year later.

Her eyes welled up with tears. I thought I had said the wrong thing, but she gently took my hand and said, “It’s all right; I want to tell you. The day I married Jim, I promised I would never let him leave the house in the morning without telling him I loved him. He made the same promise. It got to be a joke between us, and as babies came along, it got to be a hard promise to keep. I remember running down the driveway, saying ‘I love you’ through clenched teeth when I was mad, or driving to the office to put a note in his car. It was a funny challenge.

“We made a lot of memories trying to say “I love you” before noon every day of our married life. “The morning Jim died, he left a birthday card in the kitchen and slipped out to the car. I heard the engine starting. Oh, no, you don’t, buster, I thought. I raced out and banged on the car window until he rolled it down.

“Here on my fiftieth birthday, Mr. James E. Garret, I Carol Garret, want to go on record as saying I love you!”

“That’s how I’ve survived. Knowing that the last words I said to Jim were ‘I love you!’
http://www.inspirationalarchive.com/246/the-last-i-love-you/

Saying “I love you” can become routine.  I never speak the words unless I mean them, but the feeling is not always distinctly alive with their speaking. With those I care deeply about it’s a habit to end a phone call with “I love you” or for those to be parting words. There’s nothing wrong with that and it’s a good practice. What matters is to make sure the feeling behind the words is present within them being spoken.

In a romantic relationship, I have had a tendency to say “I love you” too frequently. It’s healing to admit I realize sometimes such words are spoken with the unconscious hope to hear the sentiment returned. I’ve had the experience where the other person is not one who expresses their feelings as easily and frequently. The attitude was ‘I said it yesterday. My feelings have not changed. You know how I feel about you.’ Within those tendencies we are both playing directly to our self and probably not as cognizant of our partner’s need as we could be. I no longer have expectations of hearing love expressed with any particular regularity and am grateful for the heartfelt times it is expressed. Guess I have grown up!

Within a small wake-up call alive in my head this morning it’s important to remind myself to cherish every moment with each loved person in my life. I don’t know when it will be the last time I see one of them. It is not the words that matter so much as the feeling behind them. I am grateful for a new flame of awareness flickering within.

Life isn’t a choice or an obligation,
it’s a gift,
so embrace it as much as you can.
You never know how much time you have left…
Nishan Panwar 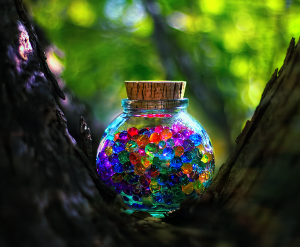 The quip goes “time is money” but I have grown to see that “money is time”. Seems like I’m only playing with words by flipping them around. But there’s a deeper meaning with a closer look.

Definitions:
Time = one’s lifetime; a temporal existence, an irreversible succession
Money = a measure of value; a medium of exchange; value that degrades over time

Building sentences with alternate interpretations for “time is money” and “money is time” based on those definitions:

Round and round we go until boiling it down for myself the meaning in a material world that comes is: 1) Life is of great value 2) Life can be exchanged for what one chooses 3) Life evaporates quickly and what it is traded for materially loses value.

Philosophers say idealism is the opposite of materialism. So often we trade what we believe in for what we believe we have to have or what we think we have to do for others. Then it is usually our dissatisfaction of what we give our life for that so much of our discontent stems from. Simply we get what we went after, but once we get it satisfaction is temporary, at best. Maybe that’s why in the consumer driven economy of the United States mental illness is the fastest growing sickness.

Spending our time/money in trade for cars, houses, clothes, electronics, jewelry, entertainment, filled bank accounts and what others want brings little more but momentary contentment. Anyone who believes differently is delusional and addicted (the majority).

On the other hand spending our time/money for happiness, joy, fulfillment, bliss, gladness, wonder, delight and being true to one’s self are investments that always grow with time. Anyone who agrees has a clarity of what matters and is inspired (the minority).

Nothing has been written here that we all have not heard a thousand, maybe even a million times: it’s time that matters, not money; being true to our self is the best way to be true to others. Maybe that’s the reason most give it little more than lip service.  We’ve all heard the thinking so many times, we are mentally and spiritually constipated with all the “have to have’s” and “should do’s”. What good is unpracticed wisdom? NONE!

Without a doubt,
the greatest riches other than love
is time spent being true to one’s self.
It’s not money.
It’s not success.
It’s not fame.
It’s absolutely nothing material.

I readily accept the practical issue that everyone has bills to pay and responsibilities, but beyond what is really necessary most waste our too much of our “time” chasing things that are all so temporary. Time passes quickly. The value of money degrades quickly. Things done for others are soon forgotten by most people.

What really matters
is what you do
with what you have.
H.G. Wells 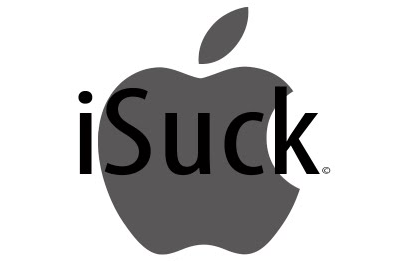 “You can’t hate your way into loving yourself” is a line I came across recently. It stopped me in my tracks because I tried that.. a lot. Boy, did I! My self-loathing was long, pervasive and strong. Too much about me I found fault with for far, far too long.

That habit (and it is a habit) is not completely gone, but greatly diminished today. It took gritting my teeth and fighting my own BS over and over and over. But in time I got better. More acceptance of me just the way I am arrived slowly but surely.

For so long I looked outside me to fix what was in. My #1 way of trying to cure myself was through relationships… many of them. I saw their faults and amplified them, while diminishing my own. Finding fault repeatedly, even unnecessarily, within a love relationship will eventually either drive the person away or at the least will wound the love that is shared.

In the book “There Is Nothing Wrong with You: Going Beyond Self-Hate” Cheri Huber wrote “If you had a person in your life treating you the way you treat yourself, you would have gotten rid of them a long time ago…” Why it took so long to see that I will never know.

Today I am grateful to have healthy self-esteem. I don’t get on my own case like I used to. Oh, yes the judge and jury in my head is still there, I just keep them out for recess most of the time. I am very grateful for that learned ability.

Life will break you.
Nobody can protect you from that,
and living alone won’t either,
for solitude will also break you with its yearning.
You have to love.
You have to feel.
It is the reason you are here on earth.
You are here to risk your heart.
You are here to be swallowed up.
And when it happens that you are broken,
or betrayed, or left, or hurt, or death brushes near,
let yourself sit by an apple tree
and listen to the apples falling all around you in heaps,
wasting their sweetness.
Tell yourself you tasted as many as you could.
Louise Edrich “The Painted Drum”