Rain Upon the Blinding Dust 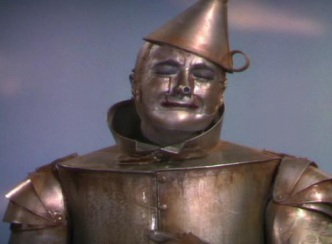 Human beings are the only animals that cry ’emotional tears’. Other animals have their own distress-signals, but crying from stress, pain, sorrow or joy is unique to man. Why we cry and even the actual function of it is not clearly understood even today. The general belief is that adult human crying does two things: relieves tension or stress and is a social signal that communicates distress to others indicating the need for comfort and emotional support.

Western society expects women to cry and in some circles one who does not do so openly with some regularity is often thought of as being hard, jaded and to even have reduced femininity. Only today is it becoming OK for men to cry.

In a national survey done in Great Britain by The Social Issues Research Center it was found that 90% of women and 77% of men think it has become socially acceptable, over the past 20 years, for men to be seen crying. In one-on-one interviews with respondents the message was the same: the majority of both men and women felt that attitudes have changed – that the taboo on male tears is now generally regarded as outdated and ‘unhealthy’ and that men are allowed to be more emotionally open.

They survey found the majority of men (74%) were touched emotionally to cry most often by the death of someone close to them. However when questioned about this in detail it was found men most often shed those tears of grief in private, rather than at funerals. The other primary tear-triggers for men are sad moments in films or on TV (44%) and the breakup of a romance or relationship (39%). Music to a lesser degree was also found to be capable of moving a man to tears.

There is no evidence to suggest that men are somehow created to be “less emotional” than women and are more cold and unfeeling. Research indicates men experience just as much emotional feeling as women. Experiments measuring physical responses to emotion have shown men respond at least as much as women in most cases. Men are simply less emotionally expressive than women.

I am here to tell you as a man:  crying can be cleansing and renewing. Having held back such intense feeling for much of my life, it was a surprise to learn in the last ten years the therapeutic value of tears. There has not been some emotional basket case syndrome come over me, nor is crying something I do every day or even every week. However, when I feel tears coming I don’t hold them back as I once did. Although I will admit sometimes where I am or who I am with still causes me to stifle them. The old conditioning of “big boys don’t cry” kicks in then knowing there are still many people who attach a stigma to a man who cries.

As silly as it may sound to some, I am very grateful to finally be able to let tears vent what I am feeling on the inside. This ‘big boy does cry’ and it has proven to be a healthful thing for me.

Heaven knows we need never be ashamed of our tears,
for they are rain upon the blinding dust of earth,
overlying our hard hearts.
Charles Dickens

A seeker working to grow each day and be a better version of my self. Through sharing I commit myself deeper to my ideals and beliefs.
View all posts by James Browning →
This entry was posted in Coping, Insight, Sadness and tagged emotions, feeling, man crying. Bookmark the permalink.