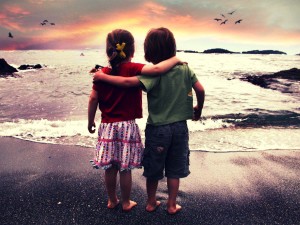 “Live is what happens to you while you’re busy making other plans” wrote John Lennon in what he said was a favorite song he authored (Beautiful Boy).  That quote is part of my personal sayings reparatory and one that I use often as a reminder that my control over what happens in life is very far from a hundred percentage.  Chance, fate, divine providence, luck and destiny are all descriptions of how those other parts of my life just happen.

Had you asked me when I was a fourteen what was ahead for me I would have responded assuredly there was an advanced degree in the sciences, one marriage based on true love that would last a lifetime, at least three children and comfortable retirement by the time I am fifty or at most fifty-five.  It is profoundly interesting that not a single one of those came to pass.  My profession is completely different and unrelated.  I am divorced and have been married twice.  I have one son and at fifty-seven am not retired.  A wiser perspective of today easily tells me I would not have been happy in the sciences, a try at retirement was boring and I am grateful for the son I do have.  However, I do lament the marriage thing.

In my youth I swallowed the fairy tale hook, line and sinker.  With an unstable home life the dream became even more accentuated.  There was Angela P. who I carried a flame for from the time I was in 4th grade all the way through high school.  I just knew somehow she was the one for me and “happily ever after” would come to pass as long as I did not give up.  Closest I ever got was one date to a junior high school dance where she spent most of the time with other people.  I should have taken that as an early sign that real life was not like the movies.  But being the hapless romantic I was even then did not allow clarity to see that.

KFC has a new video that is just over a minute long and appears to have been made for the Internet and not television.  First, let me say I am not pitching KFC in any shape or form as I do have an issue or two with that company and the food they serve.   What I ask is that you forget about the subtle sales pitch at the beginning and end and enjoy the one minute  in between.   Hopefully one of these links will work for you to watch.

The video is about young “like” between a boy and girl turning into love and lasting a life time.  It may be fantasy, but surely somewhere in real life this has actually happened.  Hasn’t it?  I hope so for my heart is touched by this story line.

My saga is quite different and even if  love of youth had flourished and moved into adulthood, I would have screwed it up.  At the age of twenty three I was married for the first time.  Looking back now it’s easy to see in many ways I was just a child marrying another child who was a year younger.  Of course in my early twenties I knew most everything about everything and was convinced I had life under my control and domination.  Looking back now I can see what foolish notions those were.  The perspective of today tells me that until around thirty years old or even a little older I was actually just an adult with a “learner’s permit”.  There is a certain realization now I was no where near a full fledged adult until I was at least out of my 20’s.  Being a student of life it is clear for me to see we change and grow as much, if not more, in our twenties that at any other time in our life.

Today I am much wiser but feel a tinge of sadness for those very old dreams and fantasies.  I know most were unrealistic for me and rare happenings for anyone else.  I have to ask myself why do I and so many others hold on so tightly to those youth-full hopes and dreams of “the one”, a “soulmate”, “happily ever after”, “twin flame” and our “other half”.

I am far from alone in my near mystical belief that goes back 2500 years when we have the first written record of it.  As a character in Plato’s “The Symposium“, Aristophanes presents a story about soulmates. It states that humans originally consisted of four arms, four legs, and a single head made of two faces, but Zeus feared their power and split them all in half, condemning them to spend their lives searching for the other half to complete them.  Now at least 125 generations later such thoughts of rare love and soul-mates are stronger than ever.

Being discovered in a restaurant and becoming a movie star, discovering oil on your property, winning the lottery, having a successful career where you are admired by millions, discovering that one thing that makes you a billionaire, to be healthy for 110 years, to discover a rare talent within and be admired for it by the masses and such things are extraordinary occurrences.  Such things do happen though.  It does my soul good today to think of childhood love like in the KFC video and imagine it can grow and last a lifetime.   I think it is the rare nature of such an occurrence that makes it so sought after.  There is much gratitude within for my life in all the shapes it has come in, but I am also grateful for the dreams I carry that go far beyond my experience.  Just knowing something possibly exists somehow, somewhere for someone else enriches my days.

Keep love in your heart. A life without it is like a sunless garden when the flowers are dead. The consciousness of loving and being loved brings a warmth and a richness to life that nothing else can bring.  Oscar Wilde

FOLLOW-UP:  A co-worker made me aware of another beautiful video similar to the KFC video I gave links for above.   It’s for John Lewis Department Stores in Great Britian.  Enjoy:   http://www.youtube.com/watch?v=jYOsWWKHZVw

4 thoughts on “Soulmates: Love that Lasts a Lifetime”