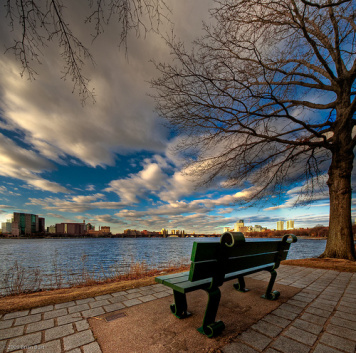 The innocence of a child can be especially touching. For me that’s true partly because some of my innocence was stolen as a kid and partially because living has softened me over time. While the story below is just that, a “story”, it illustrates how naively wise children can be.

A little boy wanted to meet God. He knew it was a long trip to where God lived. So he packed a backpack with Twinkies and six-pack of pop, then started his journey. When he had gone about three blocks, he met an old man with a flowing beard, sitting on a bench in the park just staring at some pigeons.

The boy sat down next to him and opened his bag. He noticed that the old man looked hungry. So he offered him a Twinkie. The old man gratefully accepted it and smiled at the boy.

His smile was so pleasant that the boy wanted to see it again. So he offered him a can of pop. The old man smiled again. The boy was delighted! They sat there all afternoon eating and smiling but never said a word.

As it started growing dark, the boy realized how tired he was and got up to leave. But before he had gone few steps, he turned around and gave the old man a hug. The old fellow gave the boy a big bright smile.

A short while later when the boy opened the door of his house his mother was surprised by the look of joy on his face. She asked him, “What did you do today that make you so happy?” He replied, “I had lunch with God”. But before his mother could respond, he added, “You know, He’s got the most beautiful smile I have ever seen”.

Meanwhile, the old man, radiant with joy, returned home. His son was stunned by the look of peace on his face and asked, “Dad, what did you do today that makes you so happy?”

He replied, “I ate Twinkies in the park with God”. And before his son could respond, he added, “He is so much younger than I expected”.

As the holidays approach I am grateful for a polishing of the sensitivity of my heart that parable gives me. I hope the refreshed shine makes me a bit more open to the humanity of others and helps me to show mine to them. To leave something of a positive trail behind me is my highest aspiration.