Posted on November 8, 2013 by James Browning 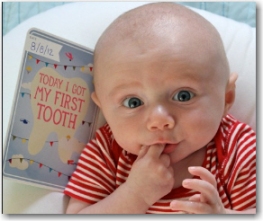 Oral disease has been a problem for humans since the beginning of time. Skulls of the Cro-Magnon people, who inhabited the earth 25,000 years ago, show evidence of tooth decay.

“Things have certainly changed from the Middle Ages to the early 1700s, when most dental therapy was provided by so-called ‘barber surgeons‘,” said Academy of General Dentistry spokesperson Eric Curtis, DDS, renowned dental historian. “These jacks-of-all-trades would extract teeth and perform minor surgery, in addition to cutting hair, applying leeches and performing embalming.”

Dental practitioners migrated to the American colonies in the 1700s and devoted themselves primarily to the removal of diseased teeth and the insertion of artificial dentures. In the 1800s, dental practices included such duties as extracting teeth with a turnkey (a primitive tool like a ratchet wrench, used for extracting teeth), cleaning the teeth with scrapers and removing cavities with hand instruments. The filling materials used then were tin, gold foil, lead and silver. Dentures were carved from ivory or fashioned from the teeth of cattle.

In the past century, human life expectancy has almost doubled and immense changes in quality of life have occurred. An increase in people over the age of 65 who retain their teeth also has affected dentistry, with more attention being paid to the complex needs of this older population. A more knowledgeable and affluent U.S. population has resulted in an increase in dental visits for an improved smile, in sharp contrast to the reasons for dental visits 100 years ago, i.e., to alleviate pain and restore function. http://www.greatsmilesbaltimore.com/dental_information/millenium_dentistry.htm

Novocain was first introduced into U.S. dental offices only a little more than a hundred years ago. Penicillin wasn’t invented until 1929 and had a major impact on treatment protocols for dental infections. The first white composite fillings were invented in my lifetime.

I was born with genetics that gave me attractive straight teeth, but not strong enamel on them. Consequently I have spent lots of time in dental offices since my teens which has only increased in quantity as I have gotten older.

This week I embarked on having four implants done to replace broken down teeth that will take better than half a year to complete. It’s no fun what so ever, but I am immensely grateful for what dentistry can do today. Even with the missing teeth I have an “appliance” that fills in the spaces and protects my dignity. When the implanting is done I will have permanent replacement teeth that will last the rest of my life if cared for properly.

I am richly blessed to live in a time when modern dental restorative work is possible and grateful to have the resources to be able to have it done!

The man with a toothache
thinks everyone happy
whose teeth are sound.
The poverty-stricken man
makes the same mistake
about the rich man.
George Bernard Shaw

A seeker working to grow each day and be a better version of my self. Through sharing I commit myself deeper to my ideals and beliefs.
View all posts by James Browning →
This entry was posted in Attitude, Health, Thankfulness and tagged feelings, learning to be happy, self-care. Bookmark the permalink.