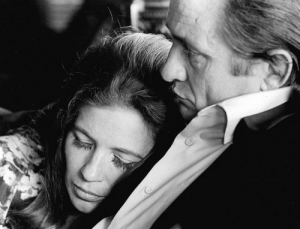 Is it the American relentless search for ‘forever romantic love’ actually seeking something unattainable? American culture is filled emphasis on youth, sex and wealth. We are taught to seek those when deep down other things matter more to us. Seems that conflict could be one of the sources with the dissatisfaction with love in the United States and the elusive search for romantic love that lasts ‘forever’.

Researchers no long ago surveyed 1,157 adults from the United States, Russia and Lithuania. Participants were asked to write a free-list answering the question, “What do you associate with romantic love?”

Russians chose mostly ways a couple can be together such as walking, beach, travel,  candlelight dinner including only two “feelings”: joyful and unreal.

What both cultures have in common is believing the number one most romantic notion is “being together”. Both have ‘sex’ as a top ten most romantic word with Russians rating it #2 (25%) while those in the U.S. placed it down the list at #7 (13%).

Wanting romantic love to last forever has been a contribution to having been unsuccessfully married twice. What is emerging in my thoughts now is how romantic love begins is not where ‘forever love’ must settle to survive in the long-term. All I have to do to confirm that is look at the U.S. list to realize ‘forever’ is forged in fire of romantic love but the flames must settle into other feelings to last. To expect anything else creates a delusion I lived with for many years. Now that’s an insight I am truly grateful for.

Love is like a friendship caught on fire.
In the beginning a flame, very pretty, often hot and fierce,
but still only light and flickering. As love grows older,
our hearts mature and our love becomes as coals,
deep-burning and unquenchable.
Bruce Lee