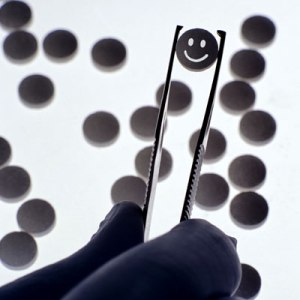 It has been no secret on this blog that I deal with cycling depression that comes around for two or three days about every six weeks. Though counseling I have learned to mostly just let it pass through me like “wind through the trees”. The depression comes, shakes me a bit and passes. For years now I have taken the prescription antidepressant Wellbutrin/Bupropion. While I don’t necessarily agree with the material I have placed here today, I don’t disagree with it either. Simply it makes me want to know more.

Depression is not caused by a chemical imbalance in the brain, and it is not cured by medication. Depression may not even be an illness at all. Often, it can be a normal reaction to abnormal situations. Poverty, unemployment, and the loss of loved ones can make people depressed, and these social and situational causes of depression cannot be changed by drugs.

Our analyses of the FDA data showed relatively little difference between the effects of antidepressants and the effects of placebos. Indeed, the effects were so small that they did not qualify as clinically significant. The drug companies knew how small the effect of their medications were compared to placebos, and so did the FDA and other regulatory agencies. The companies found various ways to make the data seem more favorable to their products, and the FDA helped them keep their negative data secret. In fact, in some instances, the FDA urged the companies to keep negative data hidden, even when the companies wanted to reveal them. My colleagues and I hadn’t really discovered anything new. We had merely revealed their ‘dirty little secret’.”

In 2004, the FDA urged drug companies to adopt a ‘Don’t ask, don’t tell’ policy with respect to their clinical-trial data showing that antidepressants are not better than placebos for depressed children. If the data were made public, they cautioned, it might lead doctors to not prescribe antidepressants.

Psychotherapy works for the treatment of depression, and the benefits are substantial. In head-to-head comparisons, in which the short-term effects of psychotherapy and antidepressants are pitted against each other, psychotherapy works as well as medication. This is true regardless of how depressed the person is to begin with.

Psychotherapy looks even better when its long-term effectiveness is assessed. Formerly depressed patients are far more likely to relapse and become depressed again after treatment with antidepressants than they are after psychotherapy. As a result, psychotherapy is significantly more effective than medication when measured some time after treatment has ended, and the more time that has passed since the end of treatment, the larger the difference between drugs and psychotherapy.

When people recover from depression via psychotherapy, their attributions about recovery are likely to be different than those of people who have been treated with medication. Psychotherapy is a learning experience. Improvement is not produced by an external substance, but by changes within the person. It is like learning to read, write or ride a bicycle. Once you have learned, the skills stays with you. Furthermore, part of what a person might learn in therapy is to expect downturns in mood and to interpret them as a normal part of their life, rather than as an indication of an underlying disorder. This understanding, along with the skills that the person has learned for coping with negative moods and situations, can help to prevent a depressive relapse.

Depression is a serious problem, but drugs are not the answer. In the long run, psychotherapy is both cheaper and more effective, even for very serious levels of depression. Physical exercise and self-help books based on CBT can also be useful, either alone or in combination with therapy. Reducing social and economic inequality would also reduce the incidence of depression. From “The Emperor’s New Drugs: Exploding the Antidepressant Myth” by Irving Kirsch

I am grateful for this food for thought came into my path. It deserves a good bit of further exploration. Maybe it is time I stood on my “own two legs” without being propped up by a pill. Then again, maybe without it I’d end up back in the ‘darkness’. From people I known there is a personal conviction that antidepressants really do help some, but don’t help others at all (sometimes doing some harm). For now, lots more research to do before I reach any conclusions for myself.

The truth will set you free,
but first it will piss you off.
Gloria Steinem

A seeker working to grow each day and be a better version of my self. Through sharing I commit myself deeper to my ideals and beliefs.
View all posts by James Browning →
This entry was posted in Knowledge, Seeing 'what is', Self Awareness and tagged depression, doubt, self-care. Bookmark the permalink.