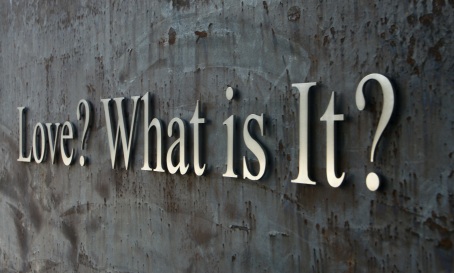 Falling in love has always seemed to me as something out of my control.  The feeling is one of being swept away without choice or explanation on an unpredictable journey taken toward some unknown destination.  It is near like catching some wonderful virus for which there may be no cure.  Or it may be the sort of phenomenon that like a cold, comes on fast and hard, but passes on given time.  At the onset it is impossible to know how temporary or long-term what has been “caught” might be.

There are those who say romantic love as we know it today can be tracked back to French troubadours of the Middle Ages.  They were traveling entertainers who recited poems, put on plays and performed the popular songs of the time.  Apparently their audiences especially liked romantic tales and songs. Like any good entertainers, they gave their spectators what they wanted and refined and spread the emotional game of love through their performances.

The French Troubadours had no way of knowing the traditions they first brought to human consciousness would become the roots of what we today think of in popular culture as romantic love.  Before the dark ages, some likely experienced the larger-than-life feelings akin to what we now call romance.  However, the sudden, out of no where eruptions of sentiment and attraction did not begin to be the wide-spread passion of the masses until the Middle Ages.

It had been said falling in love is a sort of insanity or at least an altered state of consciousness. It can feel like the heart has been taken over by an uncontrollable force.  When falling in love, everything seems wonderful; most breathtaking of all is the person one is falling for. The sensation is like being pulled by a seemingly spontaneous reaction into a beautiful storm of uncontrollable and overwhelming attraction and desire.

Romantic love is often described as completely blind and brings a time when a person loses most sense of logic or some say, a time of insanity.  Psychology says we are actually responding not only to natures desire to continue our species but also to our own internal fantasies that have been created within by romantic traditions.  A yearning for a dream lover can cause pent-up hopes, desires and fantasies to be aimed toward an unsuspecting person.  Science maintains this is not love itself, but instead mostly about being in love with love.

Psychologists have shown it takes between 90 seconds and 4 minutes to decide if you fancy someone.  Research has shown this has little to do with what is said, rather 55% is through body language, 38% is the tone and speed of their voice and only 7% is through what they say.  Kind of takes the romance out of it doesn’t it!

I began to fall in love about six months ago with a wonderful woman.  What is shared has proven not to be the temporary transient sort.  Enough time has passed that the initial insanity has mellowed as emotions have deepened.  If I am to a large degree yielding to traditions started almost a thousand years so, so be it.  If my experience is not atypical and instead just run of the mill, ordinary sentiment and emotion, that’s ok.  It matters not to me if it was mostly her body language and voice that have captured my attention.

I only know “what is, is”.  What “is” within feels genuine and real.  I honestly don’t care where it comes from.  I only care that it is!  I will not concern myself with where love comes from or where it may take me.  Instead for the first time in my life I am content to simply live each day with love within and allow that to be enough.  I don’t have to worry if “this will work out”.  Today, it already works!

I long thought my ability to love was worn out and my heart was too fatigued to ever know love again. This is just one of many times I end up happy with thankfulness for being wrong.

Gravitation is not responsible for people falling in love.

Life isn’t worth living, unless it is lived for someone else.

Any man who can drive safely while kissing a pretty girl is simply not giving the kiss the attention it deserves.

One thought on “An Uncontrollable Force”