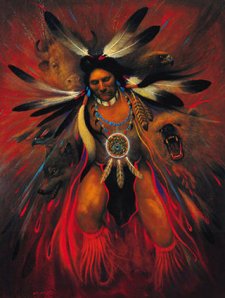 What was hidden away by three generations of my white ancestors is a strong reason for pride for me: the remnants of Alabama Cherokee in my blood: deluded now, but a strong 1/8th of me.

1. Treat the Earth and all that dwell therein with respect.

2. Remain close to the Great Spirit.

4. Work together for the benefit of all Mankind.

5. Give assistance and kindness wherever needed.

7. Look after the well-being of Mind and Body.

8. Dedicate a share of your efforts to the greater Good.

9. Be truthful and honest at all times.

10. Take full responsibility for your actions.

My European heritage is tempered with Native American ancestry. The small amount of the latter often keeps the majority of the former in balance. I am grateful.

Seek wisdom, not knowledge.
Knowledge is of the past.
Wisdom is of the future.
Native American saying 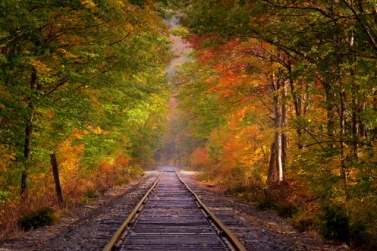 POSSIBILITY: the condition or fact of being possible; an opportunity to do something, or something that can be done or tried; a future prospect or potential.

Growing mentally, physically and spirituality in the last decade has brought me to a vantage point of being highly grateful for possibility.

Before what is possible truly mattered I had to locate and find comfort being in the present.  First I needed appreciation for the good in my life. That was relatively easy. The difficult lesson was learning to see my bitter harvest of disappointment, heartache and grief needed to be appreciated as much as happiness, achievement and joy.  Otherwise I was only accepting and embracing a portion of my life, not all of it. Accepting “what is and has been”  turned out to be the gateway to believing in possibility. It was there my true hope was born.

As long as I live most anything is possible for me to know, achieve or experience. I can’t have everything I want, but a great deal of my dreams are, with doubt, possible.  The secret is to know what I want most and choose wisely which dream to pursue or open myself to. If I can’t sort out how I feel about a particular endeavor or direction that usually means I should not pursue it or I really don’t want it that much.

The imaginings I desire most to happen have become “can’t, not do”. For me it has actually become that simple. Once I realized I am naturally pulled toward what I should do and repelled by what I should not, making choices became somewhat simpler most of the time. The stumbling block is my thinking mind that wants to weigh every option and make near perfect choices. Within my thoughts it’s easy for me to get lost and lose track of what I am feeling. However, my feelings rarely mislead me.

Making good choices is no longer just about good logic. It’s more about feeling good about what I choose. What an eye opener and I am thankful for the insight.  As long as I live my life is filled with enormous possibility!

Man often becomes what he believes himself to be.
If I keep on saying to myself that I cannot do a certain thing,
it is possible that I may end by really becoming incapable of doing it.
On the contrary, if I have the belief that I can do it,
I shall surely acquire the capacity to do it
even if I may not have it at the beginning.
Mahatma Gandhi 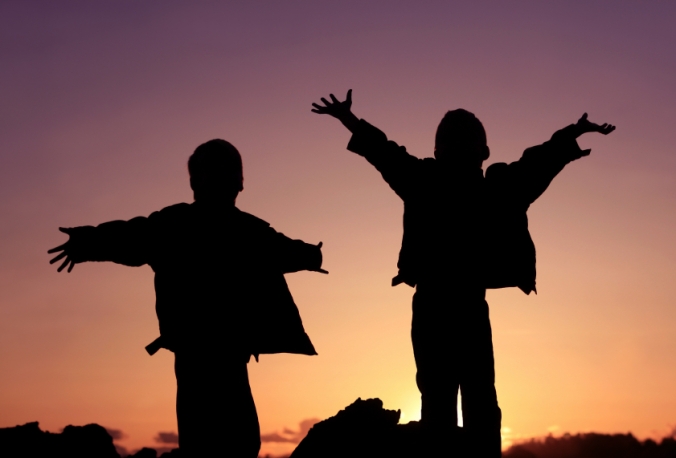 Today my gratefulness includes morning coffee and the daily newspaper; brunch and conversation with a dear friend and the full belly and sated soul it left me with; a restful night’s sleep and air conditioning that works well;  clothes that I enjoy wearing and a dependable car to drive; good health and the mindfulness to take care of it, enough money to take care of myself and an open heart to realize how rich and marvelous my life is.

Gratitude means to recognize the good in your life.
Be thankful for whatever you have.
Some people may not even have one of those things
you consider precious to you (love, family, friends etc).
Each day give thanks for the gift of life. You are blessed.
Pablo 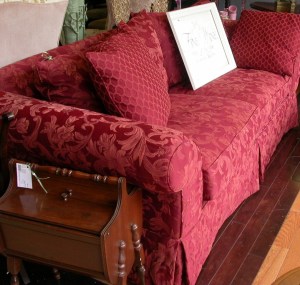 Sitting here this morning in the lap of plenty, I began to think about looking for a new sofa for the den. The one there has seen much better days. The impressions on it made where people frequently sit are pronounced shallow craters. At the rate the couch’s support is sinking, soon sitting on it will place one twelve inches off the floor stuck in a butt-dent of foam and fabric.

Thinking about buying a new couch, sparked the memory of the first “new one” I ever owned in my late twenties. Previously all my furniture was hand-me-down, purchased used through the classifieds or bought at a second-hand or thrift store. As was the style around 1980, the couch was covered in valor and deep burgundy in color . My then wife and I purchased it on credit which took us eighteen monthly payments to pay off. I LOVED that couch. It was well cared for, valued above any other piece of our household furnishings and visitors were the only ones who got to sit on it.

In the thirty years since, at least eight to ten other couches have come and gone from my home with none valued as that burgundy valor couch was. From the vantage point of now, I look back and see easily why I held it in such high regard. The couch was the first truly beautiful piece of furniture ever owned and took lots of sweat to pay. It was sense of accomplishment, appreciation and gratitude that fueled how I felt.

Financial well-being is nothing more than a balancing act on the back of circumstance. You can be thrown off at any time.

If you know how to be poor with dignity and grace, nothing short of massive financial disaster can disturb your peace of mind.

Knowing how to be poor means developing an unerring instinct for the difference between what is essential and what is only desirable. It means knowing how to take control of your life – how to repair and maintain the things around you, how to purchase wisely and well, how not to purchase at all when you do not have the means to do so, how to take joy in the simple pleasures of life.

It means not getting caught up in what is lacking, but finding meaning in what you have. It means knowing how to live with style and creativity without basing your life on money. From Simple Truths by Kent Nerburn

When I had little, everything was valuable. As plenty came nothing has ever been valued as much since. Stepping back a little, the thought comes that abundance is numbing even with the best of appreciative attitudes. This morning the awakened sense of the way things are makes me stop and think. With all sincerity I hope those thoughts help me to know great gratitude for the new couch from the very moment I find it, make the purchase and until it is tired and completely worn out.

Be thankful for what you have; you’ll end up having more.
If you concentrate on what you don’t have, you will never, ever have enough.
Oprah Winfrey

Some days it is simple things that bring the most gratitude to my thoughts and feelings: 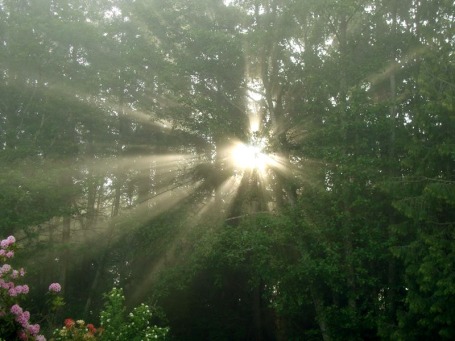 the sun coming up, 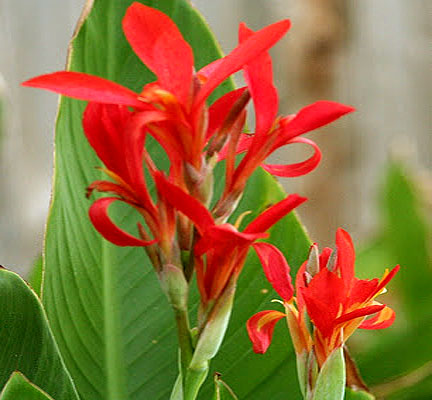 flowers in my year, 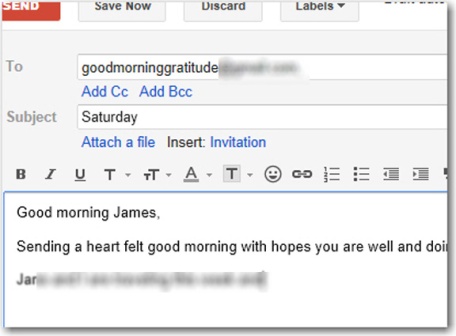 a good morning email from a friend, 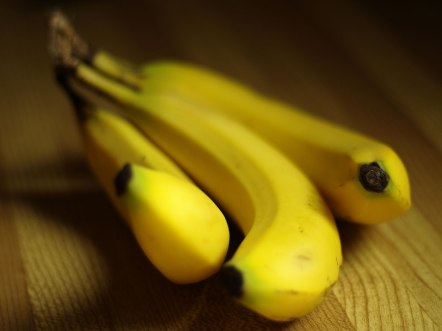 a banana at breakfast.

Being open to know thankfulness for the smaller and seemingly insignificant seems to attract larger and more meaningful things to my life. Lessening my “want” and building gratitude for what I already have brings me a much more contented life. Want less, have more.

Can you see the holiness in those things you take for granted–
a paved road or a washing machine?
If you concentrate on finding what is good in every situation,
you will discover that your life will suddenly be filled with gratitude,
a feeling that nurtures the soul.
Rabbi Harold Kushner

There are the parables of Aesop, the insights of Buddha, the stories Jesus told, the Muslim chronicles of Rumi, the anecdotes of Confucius and many teaching tales from Hindu, Sufi, Jewish and other spiritual and secular traditions. With origins in verbally passed on narratives, may are written down for our benefit today. Today I chose to begin my day reading a hand-full and here are the two whose message stuck with me the most this morning.

She found that it had all along been round her neck and she was happy. When others asked her later if she found the necklace which was lost, she said, ‘Yes, I have found it.’ She still felt that she had recovered a lost jewel.

Now, did she lose it at all? It was all along round her neck. But judge her feelings. She was as happy as if she had recovered a lost jewel. Similarly with us, we imagine that we will some day realize the ‘Self’ we seek, whereas we are never anything but our ‘Self’ all along. (Ramana Maharshi)

Teaching Tale #2:  A man found an eagle’s egg and put it in a nest of a barnyard hen. The eaglet hatched with the brood of chicks and grew up with them.

All his life the eagle did what the barnyard chicks did, thinking he was a barnyard chicken. He scratched the earth for worms and insects. He clucked and cackled. And he would thrash his wings and fly a few feet into the air.

Years passed and the eagle grew very old. One day he saw a magnificent bird above him in the cloudless sky. It glided in graceful majesty among the powerful wind currents, with scarcely a beat of its strong golden wings.

The old eagle looked up in awe. “Who’s that?” he asked.

“That’s the eagle, the king of the birds,” said his neighbor. “He belongs to the sky. We belong to the earth– we’re chickens.” So the eagle lived and died a chicken, for that’s what he thought he was. (Anthony de Mello)

So I go into my day reminded of two things:
1) The greatest treasure I possess is the “self” I already am. All that I will ever be will spring from there.
2) As I think, so I will be. Who and what I perceived myself to be, I will be.

I am grateful for the essence of those two traditional teaching tales. Each helps to place my ‘rudder” on course and to position my “sails” to catch the best wind for this Monday.

P.S. The mountain snow photo at the top is self-imposed distraction from 111 degrees it will be here today and tomorrow!

You are the embodiment of the information
you choose to accept and act upon.
To change your circumstances you need
to change your thinking and subsequent actions.
Adlin Sinclair