My History of Anger 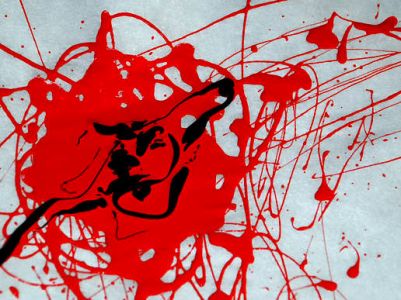 Every destructive emotion bears its own harvest, but anger’s fruit is the most bitter of all. Uncontrolled anger is a devastating sin, and no one is exempt from its havoc. It shatters friendships and destroys marriages; it causes abuse in families and discord in business; it breeds violence in the community and war between nations. Its recoil, like that of a high-powered rifle, often hurts the one who wields it as well as its target. Anger makes us lash out at others, destroying relationships and revealing our true nature. The history of the human race is largely the history of its anger. Billy Graham

Years ago my anger was a crutch; a habit and a bad one. My temper would get loose the easiest when slighted or left out by people I cared about. In hindsight, most of the time I simply needed to be understanding toward an unintentional act. But letting indignation give flame to anger, I volleyed back with spiked words hurled with intention to hurt another. Being sorry later did little to calm the hurts I often caused. The end result was usually ending up mad at myself.

Finding out some people were afraid of me, or at least reluctant to be in my company, was humbling. It’s wasn’t that I was an intentionally hurtful person, but rather I was a powder keg that did not need much agitation to go “boom”. I know now that my anger was only fear turned inside out.

A Hindu saint who was visiting river Ganges to take bath found a group of family members on the banks, shouting in anger at each other. He turned to his disciples smiled and asked, “Why do people shout in anger shout at each other?”

Disciples thought for a while, one of them said, “Because we lose our calm, we shout”.

“But, why should you shout when the other person is just next to you? You can as well tell him what you have to say in a soft manner?” asked the saint.

Disciples gave some other answers but none satisfied the other disciples.

Finally the saint explained, “When two people are angry at each other, their hearts distance a lot. To cover that distance they must shout to be able to hear each other. The angrier they are, the stronger they will have to shout to hear each other to cover that great distance. What happens when two people fall in love? They don’t shout at each other but talk softly, Because their hearts are very close. The distance between them is either nonexistent or very small…”

He looked at his disciples and said, “‘So when you argue do not let your hearts get distant, Do not say words that distance each other more, Or else there will come a day when the distance is so great that you will not find the path to return”.

In recent years I am a calm person who rarely gets agitated and when I do it’s a fairly rare occurrence for me to express it externally. Those who have known me ten years or less say they can’t imagine me being a person with hair-trigger anger. I am grateful that’s true and for the guidance and intention that has put anger mostly behind me.

Anybody can become angry —
that is easy,
but to be angry with the right person
and to the right degree and at the right time
and for the right purpose, and in the right way;
that is not within everybody’s power and is not easy.
Aristotle

A seeker working to grow each day and be a better version of my self. Through sharing I commit myself deeper to my ideals and beliefs.
View all posts by James Browning →
This entry was posted in Coping, Fear, Lessons learned the hard way and tagged feelings, kindness, relationships. Bookmark the permalink.